Borja Sánchez, co-founder of Microviable Therapeutics, among the 62 most influential scientists.

Borja Sánchez, co-founder of Microviable Therapeutics, among the 62 most influential scientists.

Asturias has 62 scientists among the most influential in the world. This has been revealed by
the latest and prestigious Stanford ranking, which includes the 200,000 researchers -195,605 to
be exact- most cited internationally in 2021.

Borja Sánchez, who is one of the scientific co-founders of Microviable and a PI at IPLA-CSIC, has
been recognized like one of the most influential scientists in the world, with 151 articles, 5,500
citations and 41 H-index. 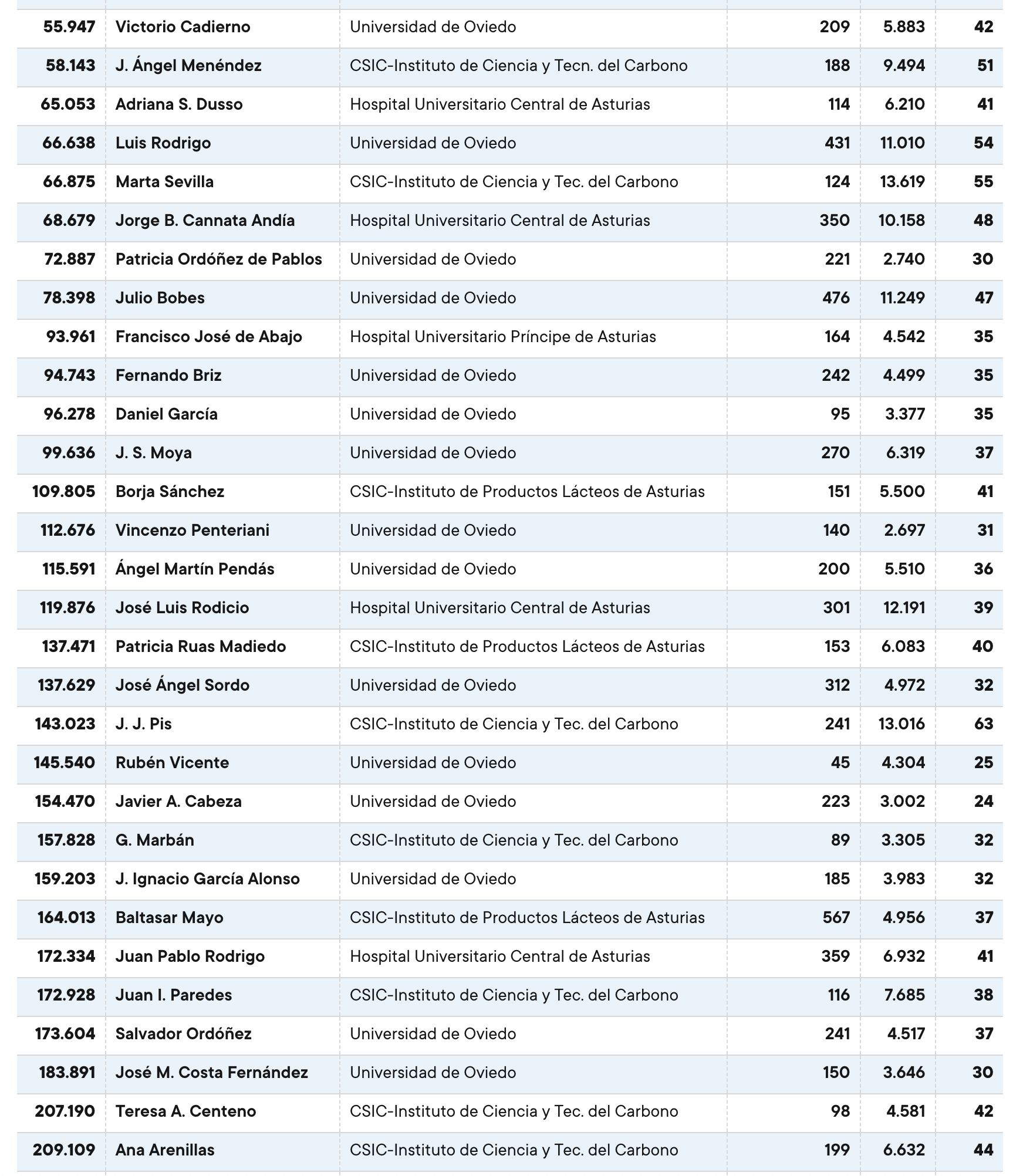 Other well-known names from Asturian scientist appear on the list, some deceased, such as
José Barluenga, who, despite being the year of his last publication in 2017, has 14,869 citations
and an H index of 57 (which measures the productivity and impact of citations). Carlos López
Otín is, however, the most cited Asturian scientist, with 60,199, and H index of 107. The
youngest researcher in the ranking is Marta G. Plaza, from INCAR, who began publishing in 2007
and it already has 3,806 citations and an index of 26.

Page load link
We use our own and third-party cookies to analyze our services and show you advertising related to your preferences based on a profile prepared from your browsing habits. You can get more information and configure your
preferences. Accept Reject Set up Read more
Cookies policy

This website uses cookies to improve your experience while you navigate through the website. Out of these, the cookies that are categorized as necessary are stored on your browser as they are essential for the working of basic functionalities of the website. We also use third-party cookies that help us analyze and understand how you use this website. These cookies will be stored in your browser only with your consent. You also have the option to opt-out of these cookies. But opting out of some of these cookies may affect your browsing experience.
Necessary Always Enabled
Necessary cookies are absolutely essential for the website to function properly. These cookies ensure basic functionalities and security features of the website, anonymously.
Functional
Functional cookies help to perform certain functionalities like sharing the content of the website on social media platforms, collect feedbacks, and other third-party features.
Performance
Performance cookies are used to understand and analyze the key performance indexes of the website which helps in delivering a better user experience for the visitors.
Analytics
Analytical cookies are used to understand how visitors interact with the website. These cookies help provide information on metrics the number of visitors, bounce rate, traffic source, etc.
Advertisement
Advertisement cookies are used to provide visitors with relevant ads and marketing campaigns. These cookies track visitors across websites and collect information to provide customized ads.
Others
Other uncategorized cookies are those that are being analyzed and have not been classified into a category as yet.
SAVE & ACCEPT
Go to Top